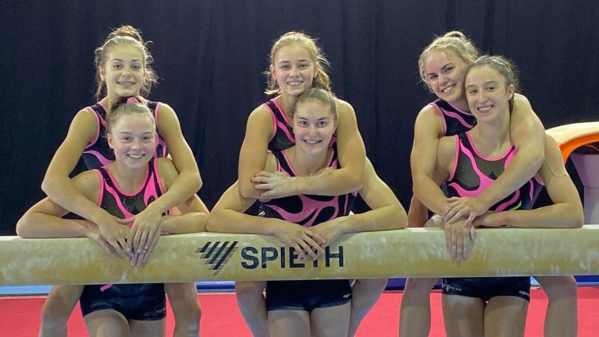 The second subdivision for women’s qualifications includes the Czech and Belgian teams, and then individuals from Iceland, Guatemala, Sweden, and Jamaica.

Belgium finished in the top 12 last year, and though they’re not at full strength right now without Axelle Klinckaert or Fien Enghels, they’re still a very strong and competent team, led by Nina Derwael and featuring veterans like Senna Deriks and Maellyse Brassart, both of whom always deliver in competition, while newcomers Jade Vansteenkiste and Margaux Daveloose are also incredibly strong.

The Czech team qualified last into this year’s world championships, which was huge in itself, but they won’t be in the mix for an Olympic team spot.

Derwael is back on all four events and should be a huge threat for the all-around after finishing fourth last year, though injuries have kept her pretty limited on the leg events this year. Brassart should also be in the mix for making the final for Belgium.

For the Czech Republic, Aneta Holasova is the favorite for an Olympic spot, and I think both she and Dominika Ponizilova could also threaten to make the all-around final here if they have strong performances.

Otherwise, for Jamaica, Danusia Francis could get close to the final, as could both Swedish gymnasts — Jonna Adlerteg and Jessica Castles — depending on how well things go for them, but it’ll be tight!

No one in this subdivision is a threat for making the vault final.

Obviously, reigning world champion Derwael will be the big contender for gold once again this year, and then Adlerteg should also have a really strong shot at qualifying into the final.

I’m going with Derwael again, as her difficulty isn’t quite as high as others here, but she’s fabulous with her skills and should be among the top scorers. As an outside shot, Francis has the most potential, and I’d love to see that happen…but even if she doesn’t make it, her routine is still a standout.

I’d kill for Holasova to make the floor final after so much success on this event all year long. It’ll be tight, though. Aside from her, some of the Belgians could get close, with Vansteenkiste a surprise standout at Euros this year. Same with Castles. Both are fab here, though their scores might be a bit too low for them to reach the final. But actually, I wouldn’t count Derwael out for this either…her tumbling isn’t crazy, but she makes up for it with her dance and performance value and she could get up there where she needs to qualify.