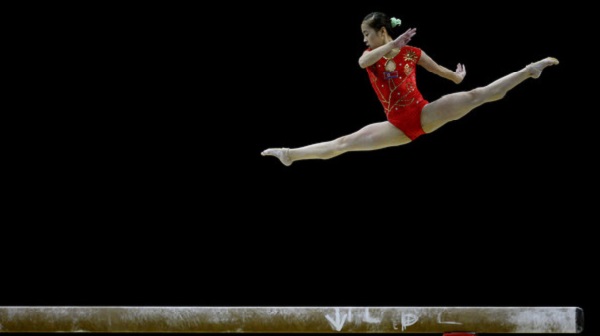 The Varna World Challenge Cup, held this weekend in Bulgaria, marks the fifth FIG event finals match of the season and will feature acro competitors in addition to MAG and WAG.

Qualifications began today for the women on vault and bars at 5:55 pm local time. Tomorrow the beam and floor qualifications will be held at 2 pm, and all finals will begin at 12:30 pm on Saturday May 9.

The women should see some great competition on vault, as last year’s world champion on the event, Hong Un Jong of North Korea, is one of several strong vaulters set to compete, including Giulia Steingruber of Switzerland (who could medal in pretty much any final here, to be honest), Oksana Chusovitina of Uzbekistan, Phan Thi Ha Thanh of Vietnam (she should also be a big threat on beam), and both Teja Belak and Tjasa Kysslef of Slovenia, both of whom have done very well on the World Cup circuit thus far.

Also look out for Youna Dufournet of France to fight for gold on bars, 2014 Asian Games beam champion Kim Un Hyang of North Korea on that event, Tutya Yilmaz of Turkey on both beam and floor, Tzuf Feldon of Israel to show off her very promising beam routine in finals, and the spunky U.S.-trained Isabella Amado of Panama on beam and floor.

A full list of MAG and WAG participants is below.