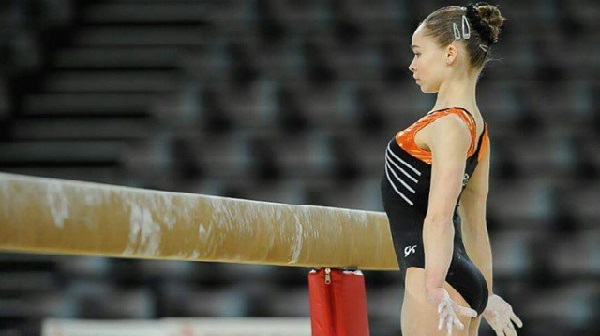 European Championships begin tomorrow, and for some reason, I can’t seem to psych myself up this year.

I normally love Euros. It’s like a low-key Worlds – sure, you’re missing two of the top power nations but at least half of the Worlds team final nations come from Europe, as do a ton of individuals you can expect to see in the all-around final.

It’s hands down the most prestigious of the continental competitions, and yet this year, many gymnasts aren’t showing up.

First off, nations are only allowed to bring up to four gymnasts, which leaves a lot of excellent women sitting at home. Then there are injuries, sure. But you can blame the first-ever European Games for a big majority of top gymnasts and even entire nations sitting out this year. Many national team coaches would rather bring their gymnasts to these bigger multi-sport events, where the general feel mimics the experience of the Olympic Games much more than a single sport championship can.

The biggest thing the European Games has over European Championships this year is the team final. The next year is super important for nations who want to qualify an entire team to Rio. They must either place in the top 8 at this year’s World Championships or in the top 4 at the Rio test event next spring. Teams like Great Britain and Italy are pretty much set in their finals spot and can use Euros this week to give their top individuals a bit of practice, but other teams – those who are borderline when it comes to making it to Rio as a group – don’t have the luxury (or in many cases, depth) to do this. They need to pick one or the other to focus on, and many are making the decision to focus on Baku.

Belgium is the perfect example of a borderline team. They missed out on London by exactly one spot at the test event in 2012, watching as Brazil narrowly edged ahead to qualify. They have a fantastic group going into 2016, but not a ton of depth and a handful of their top athletes are dealing with injuries at the moment. They need the experience of a team final for their gymnasts. Though there is some great talent in their lineup, there’s no one who could factor into a podium situation as an individual at Euros, so why bother? Why tire your girls out and risk injury when you can go all-out in Baku? There would be nothing on the table for Belgium in Montpellier this week, and while the same could be said of Baku, there is at least the experience to compete as a team in a major international setting before having to attempt to qualify for real in Glasgow this fall or in Rio next spring.

For those nations who do have the resources to send teams to both, Euros seems like it’s little more than a practice meet for the upcoming Games. Some nations are resting top girls while sending lower-ranked girls who might never make their Worlds team, or younger girls who need a test before they can be trusted on a Worlds stage. Others are sending experienced international competitors but with slightly downgraded routines or only for a couple of events. In the case of the Netherlands, they’re sending a mix, which seems to be a smart formula – give the experience to the girls who haven’t done this before, but also toss in a legitimate medal threat, and then send a similar – but different – team to the Euro Games.

Had this year featured a team competition at Euros, it definitely wouldn’t be seeing the incredible attendance drop, even with Euro Games on the horizon. The team competition at Euros is always a must-watch meet, and garners the same levels of excitement that we see from fans for World Championships. Instead, this year’s Euros is like a World Cup – no less prestigious but without the same commitment from fans, especially those in the U.S. who also have the option to watch the much more fan-friendly NCAA Championships (and don’t have to wake up at the crack of dawn to do so).

Even though the lack of a team final is ultimately less of a draw, the team in Montpellier is putting together a fantastic meet and there’s absolutely no shortage of talent, even without Europe’s hottest stars, Larisa Iordache and Aliya Mustafina. Had these two shown up, the all-around contest would have between them for the top podium spots and then everyone else would fight for bronze. Yawn. Without them, however, there’s an actual real-live all-around gold medal battle, something you almost never see at a major gym meet.

This year it’s anyone’s game. I can name ten girls off the top of my head who have the routines that will result in an all-around medal, so it’ll all be about hitting when it counts.

Right now, I think the Russians – Maria Kharenkova and Daria Spiridonova – look good in that they have great difficulty and Worlds experience. They do tend to crumble under pressure, however, and that’s especially true for Kharenkova, who could be a legitimate contender for gold if she can just stay on beam. Spiridonova had a few very successful post-Worlds all-around finishes last fall, but in a larger field might not have the difficulty outside of bars to make it in. Alla Sosnitskaya was initially supposed to fit into this puzzle, but she has reportedly withdrawn due to ankle injury and Maria Paseka will be flown in to take her place.

Then you have the Italians, namely Erika Fasana and Vanessa Ferrari (Martina Rizzelli and Carlotta Ferlito are also there, but it’d take a lot for either to outdo the top ladies; at best, they’ll want spots in the bars and beam finals, respectively). It’s crazy that almost ten years after winning her Worlds all-around title, Ferrari is still fully capable of threatening. She is still getting over mono, which forced her to downgrade a bit at American Cup and Jesolo, but she’s debuting a new floor routine in France and should at least put up a fight on that event final even if she’s not fully ready for the all-around.

Fasana is definitely ready for the all-around. Not only is she coming off of two fantastic performances – including something of a surprise bronze at American Cup – but she’s also upgrading her butt off to make this title happen, including a full-twisting double layout on floor – something she wasn’t supposed to reveal until the summer (she will likely play it safe in qualifications, so watch out for this during finals). She’s also been the picture of consistency. Two months ago I wouldn’t have included her as a threat, but now I’m putting her right at the top of the list.

I’m including Giulia Steingruber at the top because although the one all-around performance we’ve seen this year (at the Austrian Open a couple months back) wasn’t necessarily a top score, based on what we saw from her in the Doha event finals, she’s totally ready to kick butt. Vault, beam, and floor are all looking fantastic for the Swiss gymnast, so if she hits all three and manages a solid attempt at bars, watch out. This could 100% be her year.

Then we have the Brits. All three all-arounders – Amy Tinkler, Ellie Downie, and Claudia Fragapane – are on about the same page, with Tinkler perhaps a bit more consistent than her teammates, having beat them both at the English and then the British Championships. But they’re very close in terms of what they’re capable of, so look for all three to have a shot at the final – and then whoever makes the final among the three definitely should have a chance at the podium. Again, consistency will be key, which is why my money is on Tinkler but you never know what can happen.

Romania is sending both Laura Jurca and Diana Bulimar as their big all-around hopes; Jurca has a habit of finishing in 4th place, and she might not have the difficulty yet to challenge among older competitors. Bulimar is coming back from a knee injury and while she looked great in Doha, competing all four events on a stage this large might not yet lead to great success (she had a nice outing at a friendly meet earlier this year but friendly meets are very different from international championships). Either way, it’s a very important competition back for her, as she should be crucial in her team’s fight to make the podium at Worlds this year.

There are also those who can sneak in, like Eythora Thorsdottir of the Netherlands. Known mostly for her exquisite beam and elegance most gymnasts would kill for, Thorsdottir has been hit or miss this season. Her all-around scores have ranged from the 53s up to the 57s at home, and though she won floor gold in Ljubljana, she had more mistakes there than victories, including on her signature event. Euros won’t be a piece of cake for her, but if she’s clean and careful, she’s another huge podium contender.

Others to keep an eye out for this week? We love Marta Pihan-Kulesza of Poland, all of the French girls (Loan His and Louise Vanhille especially in terms of the all-around, and then Camille Bahl on vault and Claire Martin on beam and floor), Becky Downie on bars, Andreea Munteanu on beam, Ana Filipa Martins of Portugal, Tutya Yilmaz of Turkey (she may not be fully ready for a competition this size but has a ton of potential and is fun to watch), Jonna Adlerteg of Sweden on bars, Sanne Wevers of the Netherlands on beam, her teammate Noel van Klaveren on vault, Ksenia Afanasyeva and Maria Paseka of Russia, first-year senior Tzuf Feldon of Israel (a new senior and a huge deal for her country after making beam finals at two World Challenge Cups), and Germany’s Kim Janas (on bars and beam).

I’d say outside of the all-around final, I’m most excited to see what will happen on bars. You’ll have Spiridonova, Downie, and Adlerteg with huge Olympic finals-worthy routines, and I don’t think anyone can challenge them for the podium if they hit. “If they hit” being the key phrase, however – Downie and Adlerteg have made mistakes this season, so they could let a weaker routine in if they’re not careful.

On vault, Paseka, Afanasyeva, van Klaveren, and Steingruber are all huge podium contenders, each with a combination of difficulty and execution that will be tough to beat. Kharenkova and Munteanu are definite favorites on beam, with Thorsdottir also creeping in there, and then on floor I’d say Fasana will be very hard to beat, though Afanasyeva, Steingruber and Fragapane should be on her heels. Her own teammate Ferrari could also factor in, though my secret podium hope here is Pihan-Kulesza, who has worked so hard this season and it’d be great to see her bring home some hardware.

Qualifications begin tomorrow at 10:30 am Central European Time (4:30 am ET). The all-around final will be held on Friday while event finals will be held Saturday and Sunday.

3 thoughts on “All-Around is Anyone’s Game at Euros”