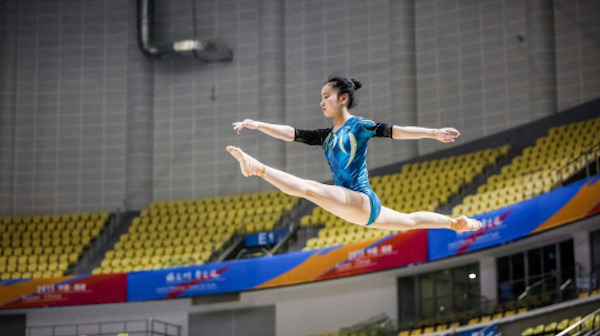 Podium training is now complete, and on Monday June 1, the Chinese women will begin contending for this year’s national titles in Fuzhou.

The women will begin with three qualification subdivisions on Monday, and then continue with the all-around final on Tuesday and two days of event finals on Wednesday and Thursday.

Qualifications also act as a team final, with the gymnasts competing under their provinces. Subdivisions are based on last year’s team final results, with the weakest teams in the early subdivision and the strongest going at the end of the day.

With Yao Jinnan still recovering from the shoulder surgery she underwent in the United States earlier this year, she is unable to defend her all-around title, leaving it wide open for anyone to grab.

The following gymnasts are set to compete.

At the moment, there is no information available related to live video, though we will update if we find streaming info or uploaded videos.