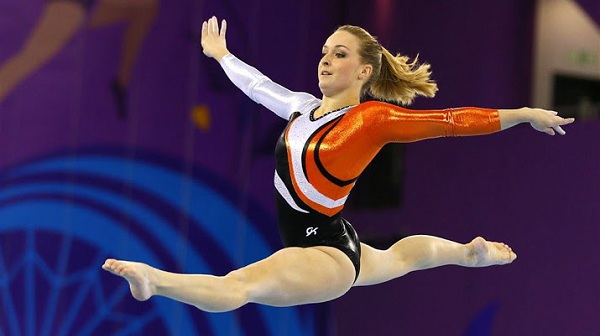 The annual Sidijk Tournament in Heerenveen is set to begin this weekend with the junior and senior elites scheduled to compete on Sunday afternoon.

The field features mostly gymnasts from within the Netherlands, with one very notable appearance from 2012 Olympian Celine van Gerner, who has been out battling injury since last appearing at the European Games in June. Van Gerner is one of the leading contenders for the Dutch Olympic team this summer, and is also set to compete at Stuttgart in March as her first major international test for the year.

In addition to the Dutch gymnasts, both Emma Larsson – fresh off of two world cup silver medals in Baku last weekend – and Jonna Adlerteg of Sweden will compete. While Adlerteg performed a watered-down bar routine as a guest at the Dutch world selection meet last September, this will be her official return to competition since a devastating knee injury took her down on floor in the first rotation of the all-around finals at European Championships last year. Larsson and Adlerteg, who train together, are the two biggest Olympic hopefuls from the Swedish program and will likely be the gymnasts who will represent their country at the test event if all goes according to plan.

(In related news, the pair recently announced their decision to move to Boston with their coaches following the 2016 Olympic Games. Their coaches have accepted positions at Brestyan’s and as both Larsson and Adlerteg want to continue competing in the sport beyond Rio, they feel that this is a great opportunity to get experience beyond what is available to them in their home country.)

We’ll also see Chantysha Netteb back in action for the second time after injuring her knee in vault finals at the 2013 World Championships. Netteb actually made an appearance at last year’s Sidijk Tournament, but she wasn’t back to full health and competed only on bars. In addition, keep an eye out for Chiara Frisina Fauste as well as new seniors Mandy Mohamed, Olessya Dadema and Mirte de Reiger. Joy Goedkoop, Dana de Groot, Sophie van Beek, and Evie Schellens round out the senior field.

The elite women compete in the eighth session of the meet, on Sunday February 28 at 5 pm local time. For more information, check out our coverage guide, which we’ll update with full results, a recap, and streaming info if it becomes available.