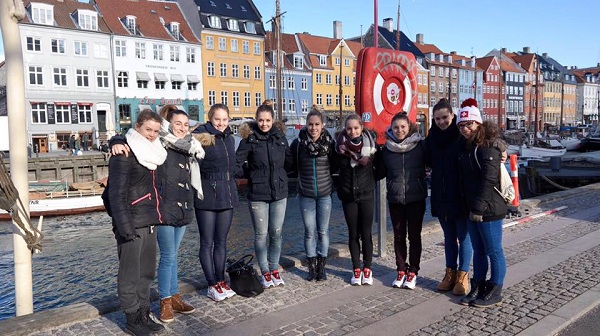 2015 European champion Giulia Steingruber will make her return to the sport at the Austrian Team Open this weekend, competing for the first time since getting injured in the vault final at world championships in 2015.

Steingruber will compete alongside her worlds teammates Caterina Barloggio, Nicole Hitz, Ilaria Käslin, and Stefanie Siegenthaler with first-year senior Thea Brogli rounding out the team. Steingruber has looked great in training videos since her injury, working on getting back her double doubles on floor. While she certainly should have a lot of individual success this year, in an interview earlier this year, she discussed leading her team being the most important part of her life in gymnastics before the Olympics, as the Swiss women will contend at the Test Event and then compete at European Championships at home in Bern shortly after.

A couple dozen of elites from every corner of Austria will also compete, including the entirety of the 2015 World Championships team: Lisa Ecker, Elisa Hämmerle, Olivia Jochum, Jasmin Mader, Marlies Männersdorfer, and Erja Metzler. Ecker will lead the team from Upper Austria, Mader is heading the squad from Tyrol, and the rest will all compete for the large Vorarlberg team.

Other big international names set to compete include Marta Pihan-Kulesza leading the team from Poland and Noemi Makra in charge of the pack from Hungary. Croatia, Finland, Israel, Italy, the Netherlands, Norway, South Africa, and Slovakia will also have representatives present.

The competition at the Austrian Team Open will happen on Saturday March 5 with three international elite subdivisions. A full list of competitors is below, and you can find more information about the meet in our coverage guide.