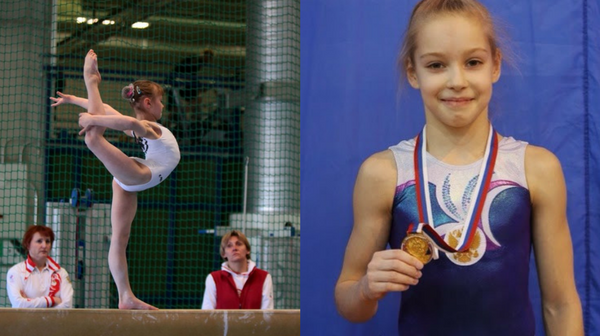 WOGA has just released the roster for its elite session to be held at next month’s WOGA Classic, and two of Russia’s brightest future stars are among those set to compete.

Angelina Simakova and Ksenia Klimenko, who turn senior in 2018 and 2019 respectively, are expected to kick off their season at this annual elite competition held outside of Dallas. Last season, Simakova placed fourth at nationals before earning a spot on the European Championships team, while Klimenko won the national all-around, bars, and beam titles in the KMS/Espoir division of the junior level.

They will compete as part of a group of 41 gymnasts in the international session of the WOGA Classic, which will also feature gymnasts sent either by clubs or their national programs in Canada, Japan, China, Hungary, Belgium, New Zealand, and the United States. Aside from the Russians, other recognizable international names include two Hungarian Olympians, with both Dorina Böczögö and Zsofia Kovacs on the list, Japan’s top new seniors Natsumi Hanashima and Kiko Kuwajima, and Lyu Jiaqi of China, who got some world cup experience as a new senior last year but hopes to now make waves on a larger international level.

A couple of U.S. gyms are sending young elites with national-level experience, including four who will represent the host gym WOGA. One of these four, Irina Alexeeva, is still in the middle of a sort of no-man’s land when it comes to which country she’s allowed to represent internationally. Despite winning last year’s U.S. Classic, she was ineligible to challenge for the title at nationals due to her citizenship issues, but she will be one of the biggest talents at this meet and you’ll likely see her at the top of several podiums.

A full list of competitors for the international session is below.