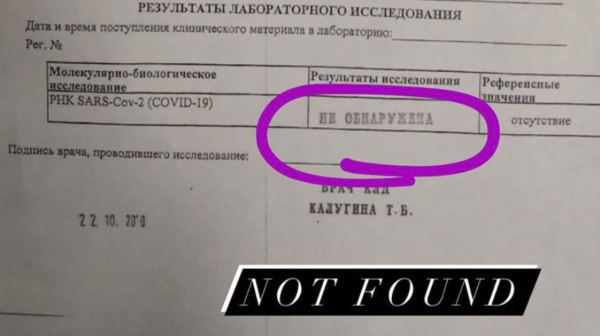 Will Euros even happen tho? In the most recent update to the UEG’s registration list for Euros, Russia is the most notable program to have withdrawn, joining the previously announced Great Britain, Germany, Netherlands, and Spain, with Cyprus, Denmark, Ireland, and Norway also confirmed to be out. Belgium is still listed, but the women’s program will not send a team, and both France and Italy still reportedly really want to go, but with COVID-19 on the rise in both countries, it might be better for them to just chill.

Poland is also out, so my dreams of Marta Pihan-Kulesza winning floor are crushed, but this isn’t due to the pandemic. Because the federation is about 170,000 euros in debt after hosting last year’s European Championships, the UEG has decided that Poland will not be allowed to send any athletes this year. How 2020 of them.

More Texas Dreams allegations. Aimee Erb, who trained at Texas Dreams as a level 10 back in the mid 2000s, is the latest gymnast to come forward with allegations against Kim Zmeskal Burdette and Chris Burdette. Among her claims, Aimee discussed how Kim and Chris based the value of their gymnasts as human beings on how they trained and performed, giving positive attention to those who did well, while belittling, humiliating, and ignoring those who made mistakes.

Most successful abusers, you mean? The World Record Academy named Romanian coaches Octavian Bellu and Mariana Bitang the “world’s most successful coaching duo” for their five consecutive team gold medals at world championships from 1994 to 2001 and team gold medals at the 2000 and 2004 Olympic Games. Let’s not forget that they were also physically and emotionally abusive af, with 1999 world all-around champion Maria Olaru recalling an incident where Bellu slapped her a few times to “teach her a lesson” because she cried after watching her teammate’s father beat her.

BG keeps getting dumber. It’s almost like British Gymnastics read the USAG handbook of what NOT to do in response to abuse allegations and decided to try ALL of it. The Whyte Review has collected over 350 submissions from gymnasts, coaches, parents, and others for its look into abuse in the sport, and British Gymnastics has been accused of attempting to “circumvent” the investigation by contacting those who have made statements, asking for details and demanding letters of support for coaches facing allegations. Stop trying to protect abusers from taking responsibility for hurting children. Start protecting athletes. It REALLY IS that easy.

FIG’s too little too late conference. In response to the worldwide abuse epidemic in gymnastics, the FIG finally kind of did something, and it only took four years (slash the entire history of the sport if you want to stop being polite and start getting real)! A virtual conference aimed at changing the culture and improving safeguarding saw attendance from more than 800 people from roughly 80 federations, with the FIG giving the floor to athletes, coaches, sports administrators, and several national governing bodies, all of whom shared examples of what positive cultures should look like. Aka…not abusive. Got it. Glad we got that one figured out. Can we have some action now?

Iowa’s newest assistants. It’s a good week for gym nerds in Iowa, as fan favorites and program standouts from rivals Iowa and Iowa State will return as assistant coaches! Jessa Hansen Parker, class of 2012, is back at the University of Iowa after spending four seasons as an assistant coach at UC Davis, while Haylee Young, class of 2018, has moved up the ranks at Iowa State after serving as a volunteer assistant for the team last season.

UNC said BLM. It isn’t every day you see Black Lives Matter apparel in a college training gear package, but the University of North Carolina is a step ahead of the progressive game, as always, showing off this awesome workout tank that commemorates George Floyd, Breonna Taylor, Ahmaud Arbery, and other Black individuals murdered by police.

COVID for all. It’s happening. Over the past day we found out that both Larisa Iordache and Kohei Uchimura tested positive for COVID-19. Larisa only has mild symptoms, but she’ll isolate at home for two weeks, meaning she’ll have to miss a verification meet that would’ve been her first competition back in over three years. Now, she’s aiming for Romania’s national championships next month for her return. Kohei is asymptomatic, and according to Morinari Watanabe, he could still compete at the Friendship & Solidarity Competition on November 8 f he tests negative twice next week. WHY THO?

Meanwhile, Valentina Rodionenko told the press that Lilia Akhaimova was tested for COVID upon arrival at Round Lake, and when she found out she had the virus, Valentina immediately replaced her with Aleksandra Shchekoldina for the international meet in Tokyo. Then Lilia went on Instagram and shared an image of her COVID test, confirming that her results were actually negative and that Valentina is still crazy and bored and starting drama to feel alive.

Out and proud. On October 11 – National Coming Out Day in the United States – Danell Leyva came out publicly about his sexuality. He talked to Scott Bregman at the Olympic Channel over the weekend about his experiences as an LGBTQ athlete and how stereotypes surrounding gymnastics were one of the biggest obstacles to his coming out. He also talks about how he hopes his own journey can help others be brave enough to live their truth.

Boglarka’s injury update. Following some drama with her federation initially trying to cover it up to continue receiving government funding, Boglarka Devai of Hungary confirmed her previously reported knee injury, telling the press that she has “severe cartilage and ligament injuries” with months of surgeries and a long rehabilitation and recovery ahead of her. After winning gold on vault at Euros in 2018, Boglarka spent more than two years away from competition due to injuries, and only just returned four weeks ago, winning the vault title at the Szombathely Challenge Cup. Hopefully this recovery will go a bit more smoothly for her, and we wish her the best of luck for a happy and healthy eventual return.

Chinese Individual Championships. At the Senior Individual Championships, Tang Xijing won the all-around with a two-day combined score of 111.100, beating first-year senior Wei Xiaoyuan by a point, with Wei nearly matching Tang’s second day total thanks to especially nice work on bars, where she also came back to win the title with a 14.900 (with one tenth in bonus). He Licheng won the all-around bronze, and also took the gold on floor, while Qi Qi won vault, and Zhou Yaqin won beam (15.166, including one tenth in bonus!).

Meanwhile, in the junior field, Yue Yue won the U15 all-around title, narrowly defeating Liu Yahui who came in two tenths behind for silver, while Zhao Jiayi won the U14 gold, followed by Zhang Xinyi with silver and Chen Liujing with bronze.

Japan Student Championships. 2016 Olympians Aiko Sugihara and Yuki Uchiyama won the first and second division all-around titles in the women’s competition, respectively. Sugihara had the top scores on vault (where it looks like she brought back her DTY!), bars, and floor (where she competed an arabian double front and 2½ to front full) to score a 54.232, coming in two points ahead of Ayu Koike, who took the silver with a 52.265, while Natsumi Hanashima won bronze with a 52.065. Uchiyama, meanwhile, stunned on bars with a 6.1 SV, earning a 14.100 toward her 52.899 all-around win. She also had the top score in her division on floor.

Northern Europe. Norway held its junior championships over the weekend, where Marie Rønbeck won the women’s competition with a 47.350 and Sebastian Sponevik topped the men’s field with a 75.950, in addition to winning vault and p-bars. A total of 63 young gymnasts competed in the WAG meet, with Rønbeck also taking the bars title, while Hedda Folden won beam, and Guro Nevland snagged gold on vault and floor. In addition to Sponevik’s two apparatus wins for MAG, Didrik Gundersen won floor, Iver Heggelund won pommels, Niklas Syverhuset won rings, and Joar Amblie won high bar.

Over in Finland, the women had a team competition, but obviously I was all about the individual results, and was super excited to see Ada Hautala back and at the top of the charts. With a weak bars set, she still managed a 49.300 all-around, thanks to meet-best scores on vault as well as on her best events, beam and floor. Olivia Vättö was second all-around with a 46.750, helping her team to gold, while first-year senior Malla Montell had the third-best all-around performance with a 45.600.

The Finnish men also competed at their second Euros trial meet, where Tarmo Kanerva won the all-around with a 77.164, defeating both Robert Kirmes and Elias Koski, though Kirmes impressed with a 14.000 on vault. Emil Soravuo looked to be back at full strength on floor, getting a 13.866 on the event, while Oskar Kirmes was great on floor, rings, and p-bars.

Grace McCallum’s Cheng. It’s here! A Cheng! Onto a resi in the pit, but Grace McCallum making this a legitimate upgrade raises her already high Olympic stock by about a billion percent.

Helen Hu’s mount. Missouri queen Helen Hu is doing the most extra beam mount ever and if she doesn’t get 10s at every meet I will scream.

Aiko Sugihara’s floor. Aiko Sugihara killed it at Japan’s college championships this weekend, and her James Bond floor routine was a highlight, with an arabian double front, 2½ to front full, and double pike.

You Asked. I tried to get into Martha Karolyi’s head yesterday, thinking about how she’d feel about Chellsie Memmel’s comeback, and I’m guessing it would be something along the lines of crusty and bitter. I also talked about Kyla Ross’ toe-on technique on bars, and why toe-ons look so simple but can be so painful for anyone with low back pain.

One thought on “Around the Gymternet: Faking COVID is such a Valentina energy”