The second part in our introductions to some of the NCAA’s fiercest freshmen debuting in the 2015 season.

Missed part one? Check it out before the season kicks into high gear this weekend!

Grace is a former U.S. national team member who spent her senior year competing as a level 10 in preparation for college gymnastics. She joins fellow members of the 2011 gold medal-winning Pan Am Games team Bridget Sloan and Bridgey Caquatto at UF this season. As a pretty strong all-arounder with great technique and consistent difficulty across the board, she should score big points in NCAA and should crack some of Florida’s stacked lineups this season.

A former elite from Ireland, India excels on beam, where she competed a standing full (could she join the likes of Sam Peszek by competing it in NCAA?), a BHS-LOSO, side aerial, front tuck, and a beautiful double full dismount. India represented both Ireland and Northern Ireland internationally for years, and is a seasoned competitor with experience at the 2014 Commonwealth Games, the 2013 World Championships, and both the 2013 and 2014 European Championships.

Stefanie joins fellow countryman Kaitlyn Hofland at OSU. As a member of the Canadian national team, she most recently competed at the 2014 Commonwealth Games, where she narrowly missed out a bronze medal on floor. Floor is easily her strongest event, and she competes a tucked full-in, a 2.5 punch front, and a beautiful triple full. She is also a strong beam worker, and can be seen in some of OSU’s training videos working a Khorkina release on bars.

After an extensive elite career, Abby’s NCAA debut for Auburn has been highly anticipated. Abby does beautiful stalder work on bars, has unique beam combinations, and shows off diverse floor tumbling. What we like about Abby is that she performs with such confidence, which should definitely ease the transition to NCAA. Auburn is in a tough conference, and Abby has the potential to help the Tigers become more competitive against SEC giants like Florida, LSU, Alabama, and Georgia.

Kamerin had a promising, but tragically brief career as a junior elite, where she’s remembered as the girl with the glasses. Multiple injuries and surgeries prevented Kamerin from competing for about two years, but with a lot of drive and perseverance, she returned as a strong level 10, winning bars and placing third on floor at the 2014 J.O. Championships. Kami has a dynamic bar set and a really strong presence on floor, where she commands the attention of a crowd – perfect for the NCAA atmosphere.

Elizabeth (or Ebee, as she is affectionately called) made a somewhat shocking decision in 2014 to go to Stanford instead of continuing her elite career after winning the all-around title at the Pac Rim Championships. She was a shoe-in to make the Worlds team (and likely would have contended for a medal or two), but she didn’t want to wait another full year before becoming a member of the Cardinal. Her Stanford debut is one of the most anticipated of all elites who have turned to NCAA. As an alternate for the 2012 Olympic team and the 2014 American Cup champion (in addition to three other World Cup titles), Ebee is a superb all-around gymnast who could be a star for Stanford on all four events.

Jordan is BGSU’s second foreign import this season, and has a wealth of international experience, having represented New Zealand at Pacific Rims, Commonwealth Games, and multiple World Championships. She’ll likely make an impact most on bars (where she has a beautiful stalder to Maloney combination and a double front dismount) and beam (a routine that includes a full Y-turn, rarely seen on this event at this level). BGSU’s 2014 season was the best for their program in 22 years, and with talent like Jordan flocking to the program, the Falcons could have their best season yet. 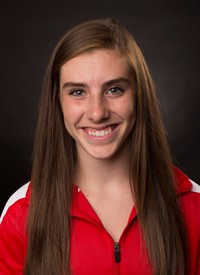 So often, the top NCAA programs are the ones to garner most of the attention (and fans), but it’s important to remember that there are about 80 NCAA teams across the country. SEMO might not be at the top, but they hit the jackpot in recruiting McKenna. As a 2014 J.O. national champion on vault and bars, SEMO coach Kristi Ewasko believes that McKenna can bring forth some of the best routines in SEMO’s history. 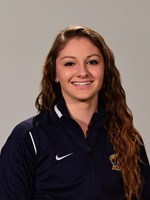 Brooke is a beautiful gymnast to watch. At 5’6″, her long, clean lines make her particularly exquisite on bars and beam. She’s a four-time J.O. national qualifier, and most recently, she was the 2014 J.O. champion on vault (she has a gorgeous Yurchenko full). In 2014, she also placed second on bars and beam and won bronze in the all-around. Brooke is a super consistent competitor and is very strong on all four events, so there’s no telling where we’ll see her shine, but she’ll definitely be a big help no matter what.

Natalie joins fellow Canadian freshman Vivi Babalis in Athens this year after making the decision to retire from elite gymnastics. Though it means she’ll forego her chance to compete at Rio 2016, she brings a huge repertoire of skills with her to NCAA and should be a standout for the Gym Dogs. She shines on bars, where she has the kind of clean execution NCAA judges love. Her sister Kristina competes for Stanford, so we’re pretty bummed the two do not meet in competition during the regular season. 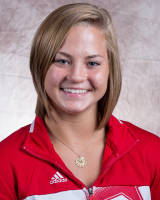 After an illustrious career as a level 10 gymnast, Grace is expected to make a huge impact at Nebraska this season. Her numerous accolades include the 2011 Nastia Liukin Cup all-around title, the 2012 J.O. national all-around title, and the 2014 J.O. national titles on bars and in the all-around. Grace is a strong, consistent all-arounder, but we like her best on bars (where her clean handstands, Deltchev, and full-in dismount helped her to her title) and beam (she has a beautiful BHS-LOSO-LOSO series and a solid double pike dismount). She joins her Gedderts’ Twistars teammate Kami Moore, who will also compete for the Huskers.

A former elite gymnast, Kiana was a member of the U.S. national team as a junior back in 2011. After a nearly two-year hiatus from the sport due to numerous injuries and setbacks, the Texas Dreams gymnast returned as a level 10 in 2013 (where she competed on bars and beam at State Championships) and then showed to be incredibly consistent across the board at the Texas Prime Meet in early 2014. As she grows with Bama, she could become one of their best all-around threats, and she’s also super powerful on vault and floor.