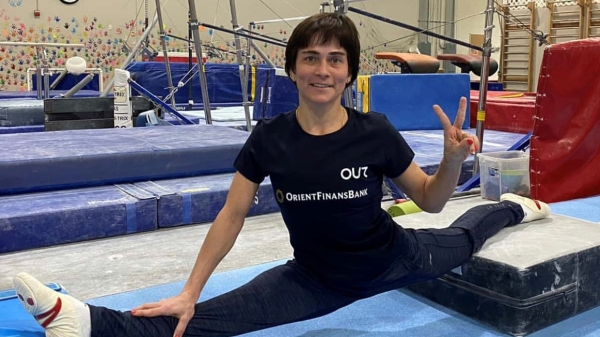 Our first big national meet of the 2020 elite season kicks off this weekend, with Elite Canada featuring performances from pretty much all of Canada’s top Olympic contenders. Also on the calendar is the second U.S. elite qualifier, which will take place in Las Vegas, the Houston National Invitational, which will feature a handful of international faves in its elite session, and the final meet of the Top 12 league’s regular season for the men in France.

You know elite season has begun when Elite Canada is underway! This competition not only serves as a qualifier for young gymnasts hoping to reach High Performance status, but it also helps the country’s top gymnasts prepare for international assignments, and with their performances here playing a role in determining who competes where throughout the bulk of the season.

I discussed the complete roster a few days ago, so check that out for a full list of competitors. But for a skimmed-down version, the top contenders here in the senior field will be those you most expect to see at the top, including 2018 and 2019 world team members Ellie Black (she’s on the start list for all four events, so I’m expecting her to compete in the all-around), Ana Padurariu, and Brooklyn Moors, all of whom have been game-changers for this program. 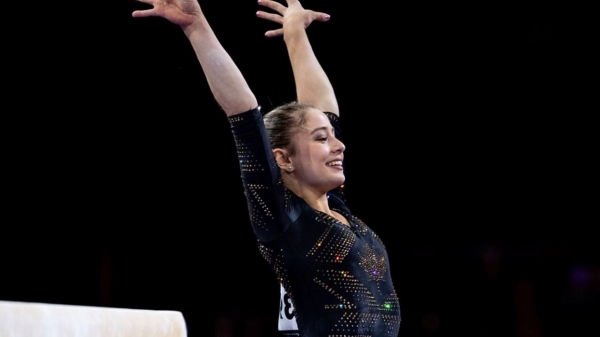 Their equally awesome teammate Shallon Olsen is also on the roster, but not on Friday’s start lists, likely because her primary commitment at this point in the season is competing for her collegiate team, Alabama. If she does compete, I’d imagine it’ll be similar to what Brittany Rogers did in 2016, when she was in Georgia’s lineups on Friday, flew up to Canada on Saturday, and then competed some exhibition routines in Sunday’s finals.

It’s insanely difficult for anyone to break into this bubble in Canada, with these four expected to be the country’s Olympic team this summer, but I wouldn’t count out girls like Victoria-Kayen Woo, Rose-Kaying Woo, or Isabela Onyshko, all of whom have the potential to sneak into the top of the pack if they do well and if we see mistakes from the strongest contenders.

Clara Raposo, Cassie Lee, Rébéka Groulx, Alexa Tucker, Sydney Turner, and Alicia Wendland should all be on your radar as top junior competitors, though there are several first-timers in the crowd this year and I’m equally excited to discover new talent, while Victoriane Charron is coming in as the top novice gymnast, though I’d say something like 90% of that field is brand-new to the novice level, so we could see some total surprises there as well.

The meet, held in Calgary, begins Friday morning with the first day of novice competition, followed by the first day of senior competition in the evening. On Saturday morning, the juniors get their first round in, while the novice gymnasts wrap things up in the evening, and on Sunday, the juniors and seniors have their finals, which will determine both the all-around and apparatus champions. Check out the full schedule from Gymnastics Canada.

You can watch live on FloGymnastics, and scores will be available on LiveMeet (you can also download the LiveMeet mobile app, which has the start lists for each event). Additionally, we’ll be live-blogging all sessions except for the first day of novice competition, so keep an eye out for those links!

This is the second of six qualifiers for elite hopefuls in the United States looking to get their optional scores. If they get their scores – 51.000 all-around, 39.000 three-event, or 26.500 two-event for seniors, 50.500 all-around for juniors – they’ll officially be able to call themselves “elites” and they’ll also qualify to both the American Classic and the U.S. Classic, which in turn are qualifiers for national championships.

Most of the gymnasts you see attempting to get their scores at these qualifiers will be brand-new to elite gymnastics, but you do also see several gymnasts returning from previous years who either missed out on qualifying last season, or who didn’t score well enough at nationals or national team training camps last year to automatically re-qualify to the elite level for 2020.

Brestyan’s will have four optionals sessions over the weekend, with the first held this evening while the remaining three will take place tomorrow. Notable gyms on the list for optionals include Airborne, Everest, Salcianu, Metroplex, and Parkettes. The competition will also include three compulsory sessions held on Friday. 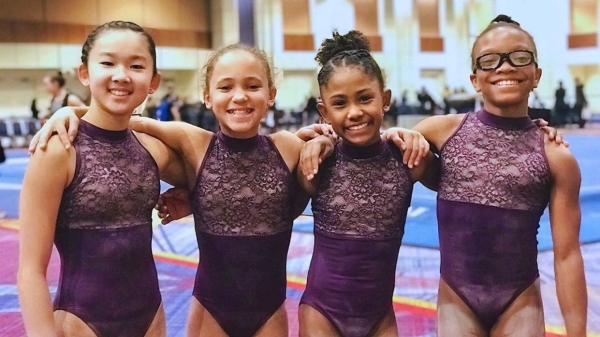 There’s no stream for this meet, but you should be able to follow live scores on Meet Scores Online, and you can find a full schedule here (note that all times are local to the meet, which is in Las Vegas, Nevada).

The Houston National Invitational is a small but popular early-season elite meet for both the men and women, and while it doesn’t necessarily attract the sport’s top stars, especially on the women’s side, it’s a great way to follow up-and-coming talent.

There’s no roster for this year’s competition, but the women’s clubs are listed on the schedule, and it’s safe to say that last year’s champion Sophia Butler – who will represent her club, Discover Gymnastics – will be there, as will Oksana Chusovitina, who is apparently representing herself (unfortunately there’s no club list for the men, but we generally get a pretty great field here, with lots of Texas-based U.S. guys on the roster along with some international guys as well).

Both the men and women will compete on Saturday, February 8, at 6 pm, and there’s also an Open Team Cup on Friday night beginning at 6:20 pm that features many of the same gymnasts along with some lower-level competitors. There’s no stream, but live scores should be available on Meet Scores Online (women’s scores, men’s scores).

Finally, the French men will wrap up their Top 12 regular season on Saturday, February 8. As a bit of a refresher, the Top 12 series in France is a league series, much like Serie A in Italy or Bundesliga in Germany. Clubs throughout France come together a few times each season to compete against each other to fight for the final Top 12 title, and it’s a really fun way to see elite gymnasts get an opportunity to compete for something beyond international medals and glory. 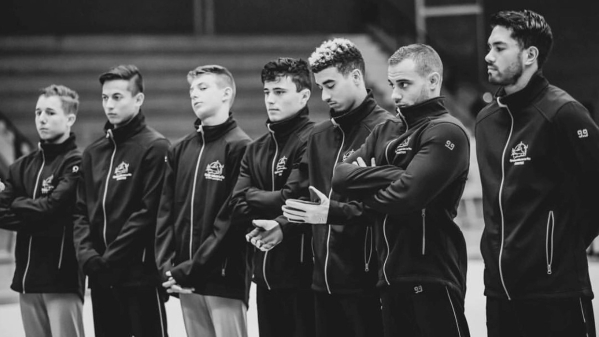 The men of Antibes

These meets generally don’t stream, and there are no live scores, but when results are posted, they’ll go up here, and if you’re super into it, you can also find out more about each of the teams, most of which have somewhat active social media presences and will generally post videos, photos, and stories on Instagram (though the team rosters on the Top 12 website are somewhat dated).

One thought on “The Weekend Ahead: Elite Canada, Brestyan’s Qualifier, HNI, Top 12”