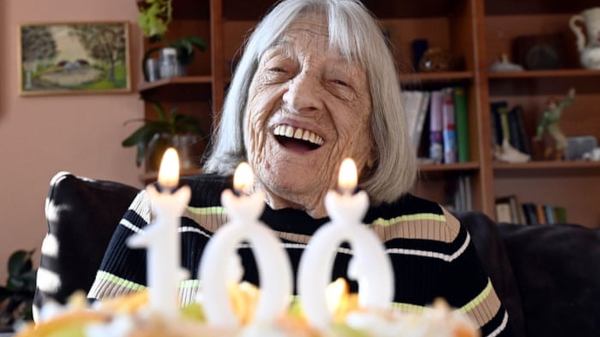 Let me dream, Dick Pound. The International Olympic Committee’s life ruiner Dick Pound apparently wasn’t getting enough attention because for some reason he chose the day after the riot at the U.S. Capitol to be like “haha by the way the Olympics might not happen.” Can we have nothing good? The news came in the wake of Japanese Prime Minister Yoshihide Suga declaring a state of emergency for Tokyo as COVID-19 cases surge to the highest levels since the start of the pandemic, and a poll this weekend showed that almost everyone in Japan wants the Games delayed (again) or canceled outright.

But you JUST SAID. This news contradicts an article from just one day earlier in which IOC “sources” said they were working on getting athletes moved up in the vaccine priority queue because they “remain confident the Games will take place in some form this summer.” Good old Dick himself said “there would be no public outcry” if athletes jumped the line, but like, of course there would be? What a weird, bold statement? Many athletes are already like, vaccine priority should go to vulnerable individuals, not the literal healthiest people on the planet, including Olympic gold medalist and gold medal human Kyle Shewfelt, who said “from a moral standpoint, it doesn’t sit right.”

“I’m going with Patrick, or not at all.” If the Olympics do happen, Eythora Thorsdottir is refusing to go unless the Dutch federation allows her to train with her coach, Patrick Kiens. Cool, so what’s the problem? Kiens is currently banned from the national training center in the Netherlands, and the Dutch federation is now pressuring Thorsdottir’s club to drop Kiens, who faced abuse allegations over the summer. Thorsdottir told the federation that if her coach is forced out, she’s done, stating that she put so much time into working towards Tokyo and can’t just change coaches six months before the Games. I understand her predicament and hope she can figure something out, but I also hope it won’t be at the expense of others involved with the team who wouldn’t be comfortable in this situation.

This is so 2020. Because the year from hell refuses to quit, the FIG confirmed that Oleg Verniaiev is provisionally suspended at the moment, though they “will not comment on an ongoing procedure,” and neither will literally anyone who could possibly know anything, including Ukrainian national team coach Gennady Sartynsky, who at first was like “maybe this was why he missed Euros, he was also resting, he was also injured, he was also defending his PhD, but it also might have been about doping, perhaps, I don’t know what I’m saying!” Usually doping-related suspensions are pretty straightforward, so of course speculation is running wild, but we need to stop the “he needs to be reinstated in time for Tokyo” talk until we know what he did.

100 Years of Agnes. The oldest surviving Olympic champion and five-time gold medalist Agnes Keleti celebrated her 100th birthday on January 9! A legend not only in gymnastics but also in both Hungarian and Olympic history, Keleti was a star in the sport at 16, but the world war ended her dream to compete at the Olympic Games in 1940, and then again in 1944, as the Games were canceled and Keleti, a Jewish woman, was forced to go into hiding in Nazi-occupied Hungary.

Keleti would ultimately make her Olympic debut at 31, winning gold on floor, silver in the team competition, and a pair of bronze medals on uneven bars and in the team portable competition in Helsinki, and she pushed on to become the star of the Melbourne Games in 1956 when she was 35, winning four golds and two silvers and becoming the oldest female gymnast to ever win gold. While in Melbourne, Keleti defected to Australia, coaching for a year before emigrating to Israel, where she was a national team coach well into the 1990s. She now lives in Budapest.

The holy Trinity. Queen Trinity Thomas returned to NCAA competition this weekend after nearly a full year away with a casual 39.750 in the all-around to help lead the Florida Gators to a decisive victory over Auburn and the top team score in the nation during week one. If we weren’t feeling blessed enough, head coach Jenny Rowland also confirmed that Trinity is also committed to training for the elite season this summer, with the Olympic Games – and maybe world championships? – the end goals for her. If anyone can make it happen, it’s Trinity.

MyKayla’s COVID Situation. After her husband tested positive for COVID-19 (while going on multiple work trips and never wearing a mask in any of his photos! how could it have happened?!), MyKayla Skinner confirmed on her Instagram Stories that she was in the hospital with pneumonia related to COVID, and then later updated fans on Twitter, saying that she was home recovering. We’re wishing her a speedy recovery, and hoping other athletes will see her story and realize that COVID is no joke. #WearAMask

We’ll miss you, Noemi. After withdrawing from the 2020 Euros team in the aftermath of her gym’s COVID-19 outbreak, 23-year-old Noemi Makra has announced her retirement from gymnastics. Makra has been one of Hungary’s best gymnasts over the past decade, making the all-around and vault finals at Euros as a junior in 2012 before going on to make individual finals at Euros in 2013 and 2014, as well as all-around finals at worlds in 2013 and 2015. Unfortunately, the rise of Zsofia Kovacs as a first-year senior in 2016 kept Makra from challenging for the Olympic spot, and a number of injuries held her back in the 2020 quad, but she was still a key member of the team right up until her retirement, competing on the worlds teams in 2018 and 2019.

2021 is here. The 2021 elite season is kind of happening, so we cobbled together the first draft of the calendar, which includes all of the international and domestic meets that have been confirmed so far. Some previously scheduled meets have already been canceled, like the Cottbus World Cup, which the FIG just announced this week, others like the British Championships have been postponed, and the organizers of some meets that we were expecting to see this year – like Gymnix and Pac Rims – decided ahead of time to not move forward due to COVID-19 constraints.

Faves from Euros. Feel like reliving the past? It took me two full weeks to put together my thoughts about my favorite moments from the women’s competition at the 2020 European Championships. Idk, maybe I was distracted by the civil war? Or was it the pandemic? #excuses

The Rankings. Only 14 teams competed in the first week of the 2021 NCAA season, mostly in the south, where we learned that despite nearly a year of dealing with masks, almost no one knows how to wear one. This is gonna go great!

Who did what? In Friday’s SEC extravaganza, I was really impressed with how polished Georgia looked at this point in the season as they took down visiting Missouri, Florida was iffy early in the bars lineup but came back brilliantly on vault and was otherwise excellent to put up the top score of the weekend in defeating Auburn on the road, Arkansas nearly beat a sloppy LSU until the Razorbacks had a few beam falls in the final rotation while Kiya Johnson saved the Tigers with the season’s first Perfect 10 on floor, and Alabama and Kentucky were fine I guess? Until Bama’s Griffin James cried tears of Achilles comeback joy on floor and forgot to salute, and the Grinchiest judges ever were like that’s gonna cost you a tenth. Hilarious. There was a four-way Best of Utah meet on Saturday, where the Utes had some stellar moments on beam and floor, then Oklahoma returned on Sunday, with former elite Audrey Davis a freshman standout.

Freshmen debuts. The first week of the season is always my favorite, because I love seeing which former elites end up becoming superstars. This week, my personal favorite was Victoria Nguyen, who is going to be a hero for Georgia. She posted a 39.400 in the all-around, and her 9.95-worthy bars were a special treat. I also died and went to heaven over Ellie Lazzari’s beam. Her 9.95 there is the highest ever for a Gator making their beam debut. We love to see it.

Heath Thorpe’s mask. If Heath can land a Shewfelt with a mask on, you can wear one at the grocery store. Or when speaking to someone directly next to you, ahem, Missouri coaches and athletes.

Lieke Wevers’ arabian. Lieke is making great progress with her gorgeous arabian mount on beam, otherwise known as an Erceg, which is rated a G.

Göksu Üctas Sanli’s tucked full-in. The European silver medalist on floor is upping her three-pass routine – which normally has a double pike, 1½ to front full, and a double tuck – to include a tucked full-in! Moms, though.

18 thoughts on “Around the Gymternet: And that’s on the civil war”