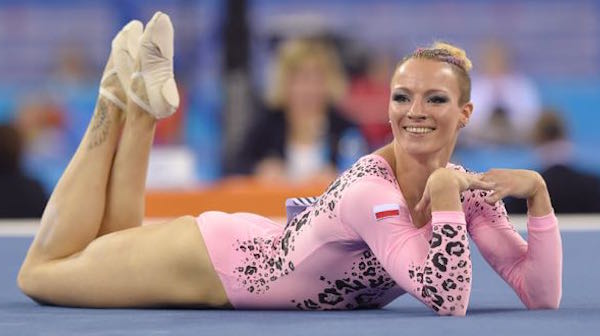 The elite gymnastics season is back in full swing this weekend with eight meets taking place throughout Europe between Friday and Sunday as teams continue to select and prepare for European Championships. We have all the details for these competitions, as well as links to our coverage guides to help you follow along. Enjoy!

This competition in the Netherlands features gymnastics in every shape and form, but it’s an especially important meet for the Dutch artistic women who hope to earn a spot on this summer’s Olympic team. The competition will also test the junior women as they fight for spots on the European Championships team, with both seniors and juniors competing Friday evening. A live stream and live scores will be available.

Turin plays host to the final Serie A competition of the season, where all of Italy’s top gymnasts will showcase their talent and the overall team winner will receive the “scudetto” trophy. Vanessa Ferrari will return to competition here, though likely not on all four events, and we could possibly also see Carlotta Ferlito back as well. Neither will go to Euros next month, as they’re being preserved for Rio, but this meet will be important for helping national team director Enrico Casella determine their preparedness. Ferlito hopes to debut both a DTY on vault and a double layout on floor before the Games, but as she’s still recovering from her injuries suffered at Jesolo, we might have to wait a bit. On a sad note, this will also mark the final competition for Marta Pihan-Kulesza of Poland, who competes at the Serie A meets as a guest.

The Hungarian women are sending a pretty strong senior team to Euros this year, featuring two-time Olympian Dorina Boczogo alongside the talented young Olympic contenders Noemi Makra and Zsofia Kovacs, both of whom will fight for their country’s spot in Rio. These three highlight the field alongside a group of super talented juniors, and will compete in the all-around final on Friday night followed by two days of event finals.

It’s host team Spain against a visiting team from Romania in this friendly meet on Saturday, with the juniors competing at noon and the seniors going up at 5:30 pm. Romania has lots of young kids and first-years on the senior roster, which includes Diana Bulimar, Silvia Zarzu, Maria Holbura, Denisa Stanciu, Andreea Ciurusniuc, and Anda Butuc, while Spain will showcase its two Olympic contenders Ana Perez and Claudia Colom alongside Helena Bonilla, Paula Raya, Nora Fernandez, Laura Bechdeju, Cintia Rodriguez, and Ana Palacios.

The Czech Republic hosts teams from Austria, Israel, Poland, and Slovakia in this friendly meet on Saturday, with the junior team competing in the morning and the seniors going up in the afternoon. All of these countries are preparing for European Championships and will use this meet to work out any kinks prior to traveling to Switzerland. Czech’s top gymnasts Veronika Cenkova, Jana Weisserova, and Eva Mickova will all be in attendance, as will Anna Maria Kanyai, though a knee injury could limit her to bars and beam.

Sadly, this year’s national championships will not see any of Belgium’s top senior women in competition, as all nine of the women who are part of the #TeamBelGYM campaign are still in rest mode following the Olympic Test Event. Dorien Motten should be the top senior competitor in a field of only five, but the real focus here will be on the junior team, especially those just selected to compete at Euros next month. The #TeamBelGYM seniors will be on hand for demos and autographs.

This competition in Reykjavik, Iceland will see teams from the best Nordic countries at both the junior and senior levels as they prepare for European Championships. In addition to the hosts, we’ll see teams from Norway, Sweden, Denmark, and Finland as well as a few individuals from the Faroe Islands. The team and all-around competition will take place on Saturday with event finals on Sunday.

This meet puts Germany’s top 16 club programs in direct team competition, with Stuttgart, Karlsruhe-Söllingen, and Chemnitz-Altendorf leading the way. Most of the country’s top seniors who competed at the Test Event will either compete only an event or two or sit out completely, leaving some of the young up-and-comers to get their teams to the top. Several international guests are also expected to compete, and 2012 Olympian Kim Bui will make her return to competition following a knee injury that took her out last year. Read our preview for this event here.

4 thoughts on “The Weekend Ahead”