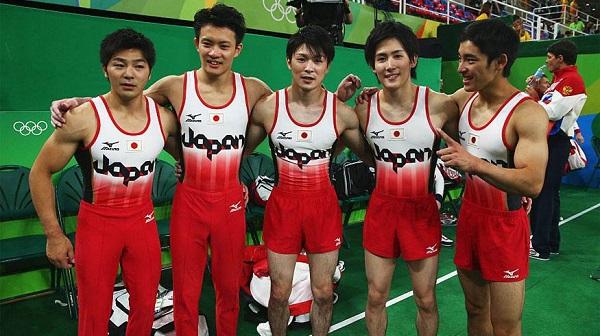 The annual Toyota International competition will be a big deal this year, with eight of Japan’s ten Olympic team members set to compete for event titles at Sky Hall in Toyota this weekend.

All members from the fourth-place women’s team will return aside from Sae Miyakawa, who is dealing with injury at the moment. Asuka Teramoto, Mai Murakami, and Aiko Sugihara have all returned to competition at various domestic meets since returning from Rio, but this will be the comeback performance for Yuki Uchiyama, and we’ll see Koko Dobashi and Yurika Yumoto out on the floor as well.

The international competitors also feature a number of Olympians, including the two young Russian team silver medalists Seda Tutkhalyan and Angelina Melnikova, both of whom have been putting in lots of work since Rio. Russia will also send the excellent floor worker Lilia Akhaimova, one of the alternates for the Olympic team, though we’ve never really seen her get any international experience before aside from a shot at Massilia a couple of years ago. This is Akhaimova’s fourth year on the senior scene, so I like seeing her get the opportunity and am excited to see how she stacks up to her younger but more experienced teammates.

The busy Emily Little, who has spent a good deal of time winning medals in Europe over the past couple of months, will represent Australia alongside teammate Georgia-Rose Brown, Germany is sending Antonia Alicke and Amélie Föllinger, two-time worlds competitor Do Thi Van Anh will represent Vietnam along with her young teammates Duong Thi To Lien and Nguyen Thi Nhu Qunh, and the Philippines is sending Katrina Evangelista and Cristina Onofre.

On the men’s side, look out for 2012 Olympic gold medalist Krisztian Berki of Hungary and his unbeatable pommel horse routine. Other competitors include Reyland Capellan and Jan Gwynn Timbang of the Philippines, Stephen Chaplin and Zachary Clay of Canada, Lukas Dauser, Nils Dunkel, Waldemar Eichorn, and Nick Klessing of Germany, Dinh Phuong Thanh, Le Thanh Tung, and Nguyen Tuan Dat of Vietnam, Nikita Ignatyev and Dmitrii Lankin of Russia, and Mitchell Morgans and Christopher Remkes of Australia.

2 thoughts on “Eight Team Japan Olympians Back for Toyota International”