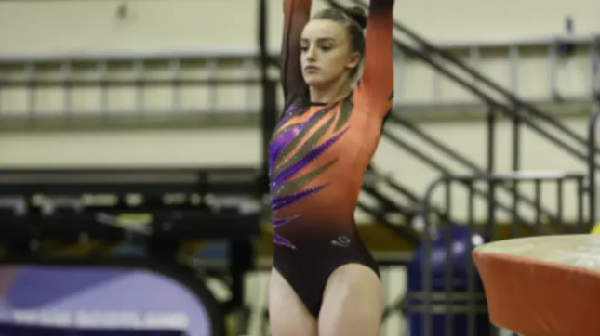 Scotland has never been a major power on Great Britain’s gymnastics scene, with the majority of the GB gymnasts hailing from England and a select few coming from Wales. This quad, it looked like things might change as the junior standout Louise McColgan reached the senior level, but then injuries forced her to retire just as several of Scotland’s best veterans also began to retire and move on.

But amid all of these changes, Shannon Archer — once a kind of background player on the team — has stepped up with immense improvements to her gymnastics, winning the all-around at Scottish Championships this weekend in addition to getting the gold medals on vault, beam, and floor.

19-year-old Archer earned a 49.084 in her debut performance this season, and also hit strong performances on every event but bars in the all-around competition, with bars her one weakness. Known for her power on vault, Archer was at her best there in the all-around, but her biggest improvements came to her beam and floor, both of which were solid and steady on both days of competition to make her Scotland’s strongest right now, where she’ll hope to stay going into the Commonwealth Games next year.

Behind Archer, Sofia Ramzan won the silver medal with a 46.55, 2004 Commonwealth Games team member Carly Smith won bronze with a 45.967, and Isabella Tolometti was fourth with a 44.9 after a rough day overall, though she came in with hopes to finish on the podium.

Tolometti came back strong to win bars gold in event finals, where she also won floor bronze and placed fourth on beam, while Ramzan won bars and beam silver, and Smith won the silver on floor.

The junior division saw a great battle for the gold, with all three podium finishers ending up within about five tenths from one another. Ellie Russell ended up with the top spot, earning a 46.7 all-around, followed by Isla Warr with the silver and Laura Jane Core with bronze.